Very excited for you to read from our newest author Pam! She’s an amazing stand-up comic and can tear up the dance floor more than any I know. Find out more about her on Facebook and Instagram. – Amandee

Soul Monde! If you are a member of the community, I’m sure you’ve heard about the tiny rock show that took place January 10, at Symphony Space where Trey Anastasio graciously joined a few pals in a small room on the Upper West Side of . The show had been booked solely as Soul Monde, an organ-driven funk band led by keyboardist Ray Paczkowski and drummer Russ Lawton, both longtime members of the Trey Anastasio Band. The small room was filled with in-the-know-New-Yorkers (is that redundant?) who had all heard the rumor: “Trey is coming out tonight!” In fact, the only reason I was there that night was that rumor, which was to presented as fact. A friend’s friend works at the venue; he had seen Trey practicing with the rest of the guys in Soul Monde and immediately contacted my friend, Island Girl. She contacted me and insisted I cancel my plans and accompany her to a show I “would not want to miss!” She explained what her friend at Symphony Space had told her and I was on the next train!

The show began just after 8:00pm. Russ, Ray, and Trey all walked on stage together. No big to-do; Ray simply announced that he had “found this guy out on the street”, referring to Anastasio. The night then began. The band started off upbeat and slipped into a sneaky, smooth blues groove before a tinny hip hop beat entered the mix. The vibe in the room was a bit quiet at first; I think many of the people in attendance had never seen Trey perform in such a small venue and it was a lot to take in, but after the initial gratitude-shock wore off, people all began to get up and dance. The side aisle were filled with smiling faces, everyone so happy to be exactly where they were at that moment.

Cue Cyro Baptista to join the other three musicians on stage, Cyro being a real muppet of a man, and I use that term with the most complimentary intentions. Cryo stole the show. He’s more than a percussionist. He is a foley artist. He is an innovator. His approach to percussion is that of a true believer. If every tool is a weapon when you hold it right, Cyro sees the world as his very own arsenal of arms. The toys he used to make music with were wondrous and unique; first it looked like he was playing a dream catcher adorned with silver bells. Next he started to shake what looked like a sea creature, some distant cousin of an octopus, a firework made of bottles caps strung together; plastic bottle caps from soda, laundry detergent,

Tropicana bottles – you name it, used as a maraca might be. At times he’d toss this contraption into the air and use the noise it made as it slammed on the floor as added timbre. Yes, the man claims the floor as his own musical instrument. There are no limits. At one point I thought I saw him throw a stale muffin at a snare drum. It probably wasn’t, but it certainly isn’t outside the realm of possibility. Cyro can give musical life to any object.

At this point, Soul Monde is in full flight, exploring a very sexy jam in the key of C. It felt like C at least. Little droplets of ideas of Phish tunes were swirling around, but no concrete teases or covers. Cyro now had the washboard out as the band moved into a dark, more spacious groovy funk sound. A lot of the night was reminiscent of a late night jazzfest experience; very casual, smooth, funky soul fun. The stage lights were now green and the music was feeling very seaweed-and-the-slime, not because anything sounded like Melt, just a very murky vibe. The guy next to me said he felt like he was in The Little Mermaid. That guy gets it. Trey then starts wailing on his guitar, Cyro was playing an old water pipe while swinging around some sort of orange tube-snake as well as using his voice to add depth to the sound. He sounded like he swallowed a didgeridoo. I wouldn’t put it past him. He’s *very* dedicated.

Out walked James Casey and his saxophone, cause we’ve got a band! His first sax solo of the night added another layer of soul to the monde and we continued the ride with a really juicy and triumphant organ build. Once things plateaued, Trey played a sweet, melodic solo before the organ kicked back in and invited James Casey to chime back in for a trifecta of musical bliss. I personally heard some Phishy grooves during the next part of the show; a reggae Sparkle, an organ-driven Blaze On riff, followed by another bit of real wiggly saxophone action.

The night grooved on into more outrageous percussion tools driving the ship towards swarmy, picking sounds. Cyro was playing what looked like a magical fishing rod and Trey attempted communicating with him using his guitar, but Cyro wouldn’t hear it. They reached a creative understanding when Trey began tapping the face of his guitar with his pick, matching the staccato rhythm Cyro was putting out into the world. Everything fell into alignment and the whole band played a light and bubbly tune reminiscent of the shire, or even an Irish jig. At one point I thought I heard Trey playing the opening lines of China Cat, but you know, maybe so, maybe not.

The show began to wind down with a very spooky intro followed by a jam that made us feel like we had been transported to Spain. The range of style throughout the night was a remarkable testament to the level of talent on stage. I want to make sure I give credit to Russ Lawton who didn’t miss a beat all night. He was on point and communicative with all of the musicians on stage, occasionally sharing his drumkit with Cyro, jamming along the side of the drums rather than the skins for a more solid, woodblock type sound, constantly creating and innovating while remaining a consistent backbone for the groove.

They encored with a straight funk jam; Ray came out swinging with the kind of organ playing you hear in Stevie Wonder’s “Superstitious”; the man was playing on purpose. James Casey re-entered the stage space and added his brassy notes to the mix and Trey was just being Trey, getting down the whole time. The room was exploding with dance moves; people had moved up to the very ledge of the stage, just inches away from these rock legends. It’s like we were all dancing together, the band included.

After the show ended, Trey remained on stage shaking hands with fans and spreading kindness throughout the crowd. I saw him stoop down to take a selfie with a couple who asked him for a photo op. I briefly got to chat with him myself, the first and only time I have had any direct contact with Big Red. He couldn’t have been nicer and promised to play my favorite song in Camden for my 100th show, which although I did not specify, he assumed was none other than Jennifer Dances. Guess we’ll have to wait and see! 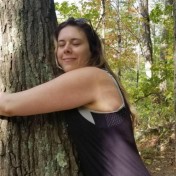 Pamela Mahler is a writer, comic, and music enthusiast born and raised in NY.